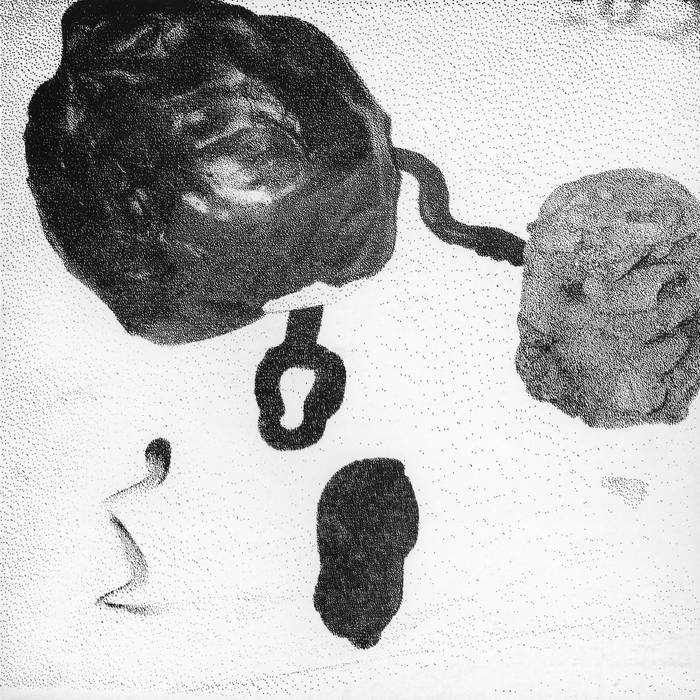 « Unique rhythm trips from pivotal Berlin player, Burnt Friedmann, following the vectors of his Masque / Penuche 12” for Risqué onto the Paris-based Latency label with six cuts hovering between the dance and bedroom ‘floors.

These tracks feel more smudged and ruffer ‘round the edges than the majority of his output to date for Nonplace, seeking out textured electronic noise and delivering some of the sharpest, technoid drum patterns in his entire catalogue.

We’re not too sure what the dates in the titles refer to - one might assume they’re newly finished sketches started in that year, but we’re really not sure. They start out fuzzy and jazz-wise with he gauzy dollop of 2011 Monkhide, and tentatively find firmer shape with the asymmetric dub fractions and keening neo-classical motifs of 2010 The Pestle, before spinning off the razor-clipped 2-step mechanics of 1999 Nerfs D’Acier, which ends up at something like a 2.1 step.

The biggest highlight, however, is 1996 Intrication, a spellbinding display of whirring trills diffused with mercurial FX and worth the admission alone for the DJs, while the more chiming, tender ambient and drone structures of 1994 Sorcier and 1993 Day In Rho certainly justify our theory about the dates.

No doubt the best we’ve heard from this artist in some time. Tip! »


« ‘Electronic music gives you freedom,’ Burnt Friedman told RA's Will Lynch in 2014. "The freedom to get rid of musical idioms." Friedman's decade-spanning career has been all about exercising this freedom, and no record demonstrates this as well as The Pestle. Though billed as an album, it's really a compilation, presenting tracks made between 1993 and 2011 in reverse chronological order. It demonstrates that, while Friedman's music has developed hugely in that time, his intentions have stayed much the same.

The opening tracks are gems in Friedman's recent style, skillfully weaving acoustic and electronic sounds into unusual rhythmic frameworks. On "Monkhide," the creamy, sustained tones of saxophonist Hayden Chisholm are stitched into the mix. On "The Pestle," Takeshi Nishimoto's sarod makes careful interjections in a sparse soundscape reminiscent of dub. Both tracks are emotionally withdrawn but texturally ravishing.

From there, the release pivots around two productions from the '90s. "Nerfs d'Acier" was made a year before Friedman met drummer Jaki Liebezeit—a turning point in his musical development. The electronics overpowers the acoustic sounds in a terse electro groove, and it's the record's most energetic track. (The title means "Nerves Of Steel," but the rhythmic stutters suggest weakening resolve.) 1996's "Intrication" is a cruder rendering of the decentred rhythm-grids found in Friedman's later music. It sounds something like a percussive techno track from the era, whose kick drum has disappeared.

The Pestle's final third recalls the surrealist downtempo Friedman made with projects like Drome and Nonplace Urban Field (though these tracks have dated significantly better than many released at the time). 1994's "Sorcier" is a balmy headtrip, its lead lines keening like nocturnal animals under a star canopy of twinkling bells. "Day In Rho," from the year before, is even more sentimental, capturing post-euphoric bliss in a way that has since become cliché.

The sweetness of these tracks is a welcome contrast to Friedman's sterner later productions, but in other respects they aren't so different. Just as his recent music uses unconventional rhythms to escape Western tradition, these tracks, like much '90s electronica, use the momentum of rave culture to break free of conventional forms. In both cases, the goal is to escape the familiar—and Friedman is one of the most gifted escape artists out there. »

Bandcamp Daily  your guide to the world of Bandcamp